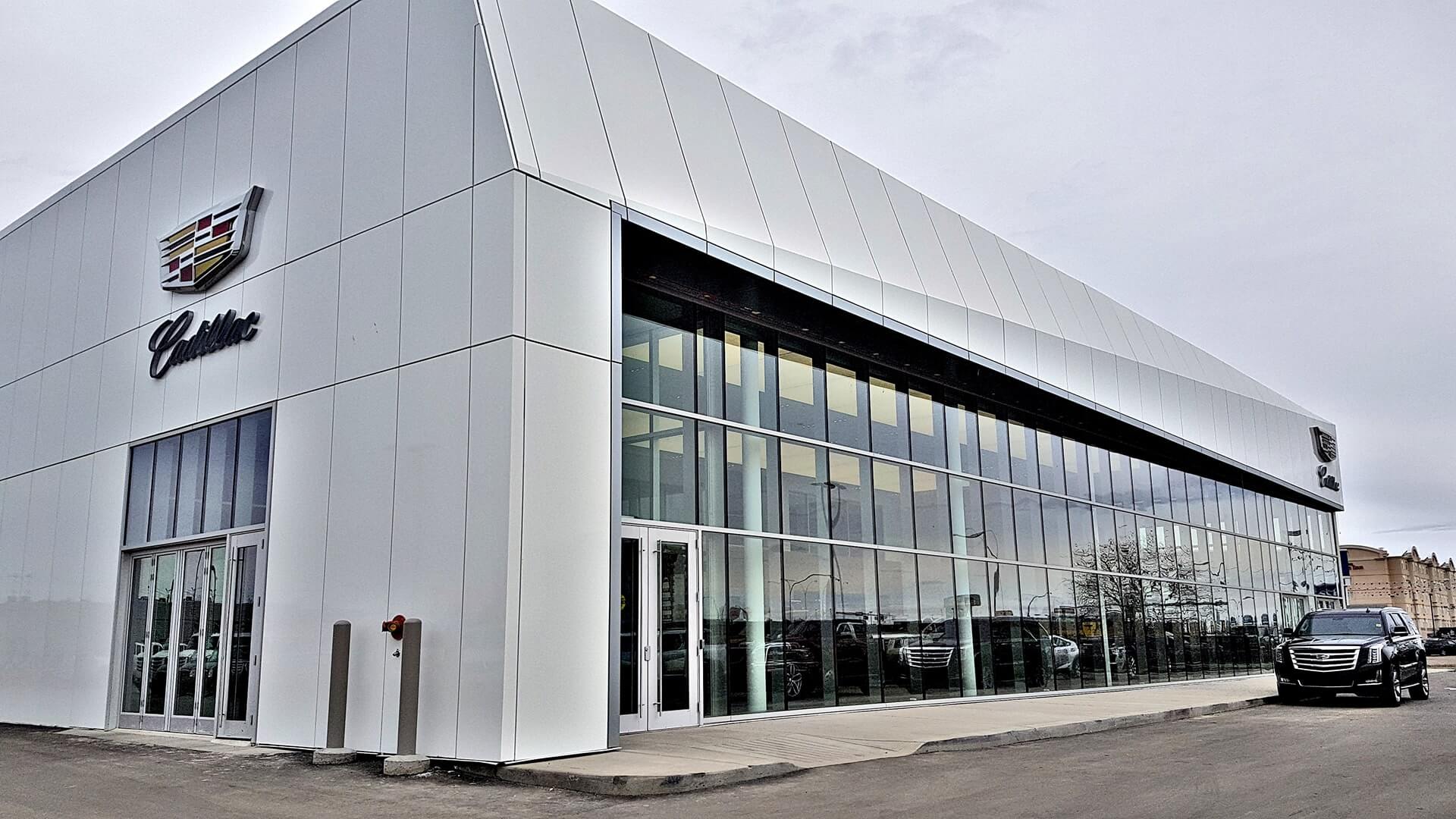 After spending several years working as a grain elevator supervisor in Saskatchewan, F.J. Wolfe moved his family to Edmonton and opened Wolfe's Auto Service. With only two mechanics - including F.J. himself - and six repair bays, it wasn't long before the business started to grow beyond just repairs.

F.J. established Edmonton Motors Ltd. in 1925, renting space at 10228 - 98 Street for $150.00 per month. In the first six months, the staff expanded to thirty and the dealership sold three hundred and twenty-five new Chevrolets. Very soon, Edmonton Motors became known as the "Crossroads of the World" to Edmonton and Northern Alberta.

In 1929, as the world began to feel the effects of the Great Depression, F.J. Wolfe knew that the only way to survive was to grow and so Edmonton Motors Ltd. began construction on the largest indoor garage in Alberta at 10011 - 102 Avenue. Opening in 1930, the garage was over 45,000 square feet in size and welcomed over two thousand well-wishing Edmontonians at the grand opening of "Alberta's Finest Garage."

Never one to sit still, the late '40s had F.J. Wolfe considering another move out of the increasingly-dense Market Square and closer to the people of the Wolfe Family's own community, Oliver. The New Edmonton Motors opened on June 2, 1951 and spanned two city blocks with a design intended to emphasize flow and the ability to move vehicles between departments with maximum convenience.

More years passed and F.J. passed the business to his eldest son, Merrill and, in turn, Merrill passed the Presidency of Edmonton Motors to his own eldest son, Robert. Each generation has upheld the tradition of entrepreneurial spirit, sportsmanship, growth, and social consciousness that was established by F.J. Wolfe back in 1921, building on the strong foundations left by his predecessor and expanding Edmonton Motors to best serve its community in the future.

When the Provincial Government of Alberta privatized registry services in 1991, Edmonton Motors Ltd. saw a tremendous opportunity, applying for and receiving a licence to operate The Registry at Edmonton Motors. This made us the only auto dealership in Edmonton to have a registry, and so offer a true one-stop shopping experience for our customers looking to purchase, finance, and register vehicles.

EVERY DAY, ANOTHER JOURNEY; EVERY DRIVER, ANOTHER STORY

For the better part of nine decades, Edmonton Motors has helped our friends and community get where they needed to go - and get there in safety, style, and comfort. We're proud of that history, and we're happy that you've chosen to become a part of it by buying a vehicle from us!

94 Years later, Edmonton Motors ended an Era of serving the Downtown Community. April 1st 2019, the Wolfe Automotive Group decided to relocate from the Downtown Core to provide service & sales to the West End. Now conveniently located on 17820-Stony Plain Rd, Edmonton's first Cadillac Exclusive Dealership is proudly continuing it's legacy and has now boldly been rebranded with the Wolfe name. We wish for our customers to continue with us as we continue to build our legacy built on trust!